Henry Cox was my 3rd Great Grandfather born in 1860. He raised my Grandmother Henrietta in Wharton, Texas. The collage highlights where his name and others of his family were listed in deeds, birth, marriage, and death records. The right corner is an excerpt from his parents’ marriage certificate, stating that Jacob Cox and Malissa Truesdale were freedman when they married in January 1866 in Fayette County, Texas. The portrait is of Henry and his wife Louisa, married in 1891.
Henry is an example of how the family name is passed down with his to my grandmother. His daughter Malissa was named after his mother. That tradition continued with my grandmother Henrietta passing her middle name of Marie to my mother, my mother passing it down to my sister and she then shared the name with both of her daughters. 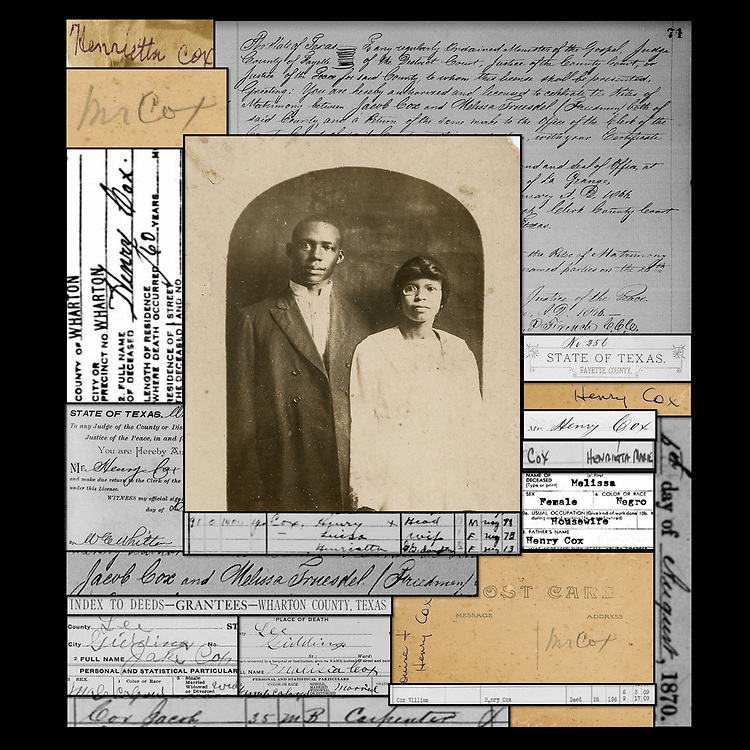