Henry and Louisa Cox were married in 1891 in Wharton, Texas. Henry is my 3rd Great Grandfather born in 1860. He raised his great granddaughter, my grandmother Henrietta in Wharton. Family lore says she was spoiled by him due to the large gap in age.
Dallas and Malissa Hughes married November 10, 1904 in Muldoon, Fayette County, Texas. Malissa was my 2nd Great Grandmother and daughter of Henry Cox. He passed his mother’s name on to her. She was adopted and raised by the Kelley family in Muldoon after her father was forced to leave the county. The search for my 3rd great grandmother is an elusive one, but one I’m endeared to continue. Dallas’ mother Amandy was a midwife in the small town, delivering almost sixty babies both black and white.
These two portraits correspond with photograph of J.P.L. Davies and Sarah Forbes Bonnetta (Davies) photographed in London in 1862. 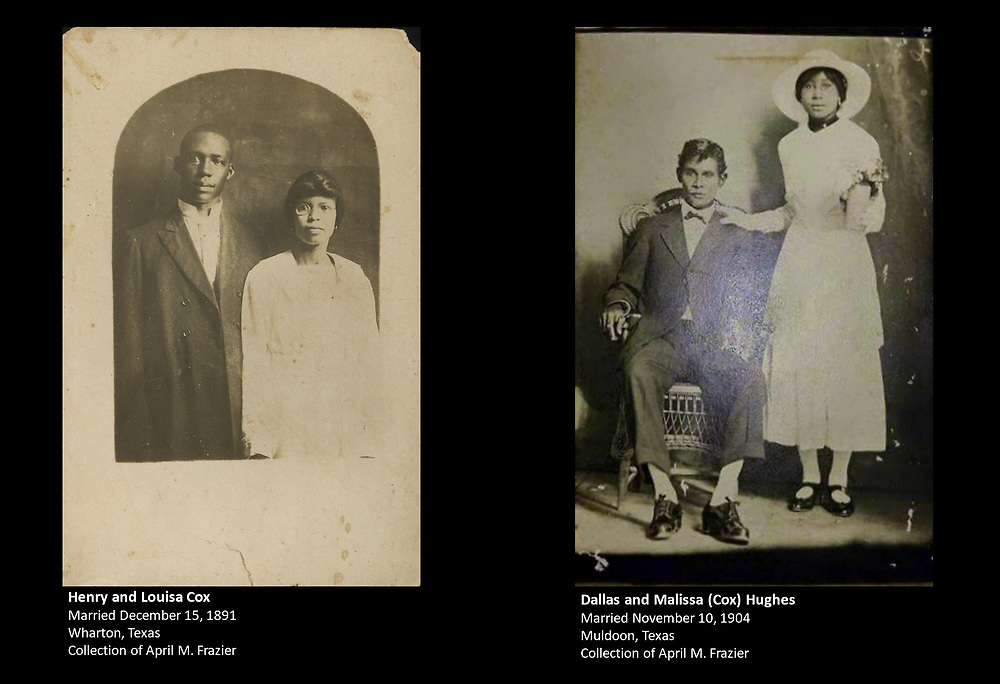